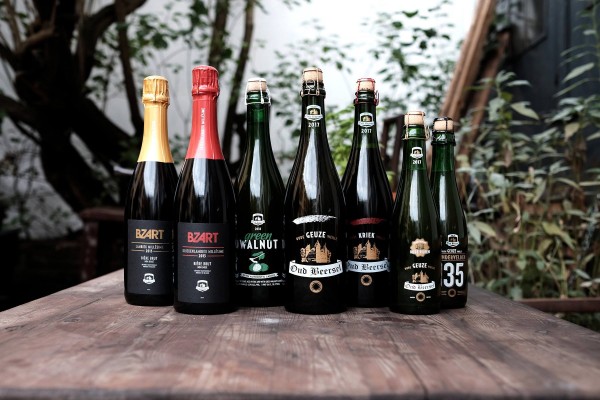 Gert Christiaens entered the brewery of Oud Beersel for the first time as a young boy, and many years later it would become the center of his life. He owes this to  his father, Jos Christiaens, for introducing one of the most fascinating beer styles of all, Lambic. The Christiaensens themselves come from the rural region near the Belgian capital Brussels, here a father drinking Lambic is nothing unusual, as the beer style itself has its roots here.

At the end of the 19th century, breweries specialized in the production of spontaneously fermented beers existed in many places in and around Brussels. The external conditions in this area were particularly suitable for the production of this unique beer style. Wild yeasts, in this case Brettanomyces, are produced on fruit peels and give the beers sour-bready notes of citrus fruits and other complex aromas, which can range from farm to horse blanket to dank cellar. Only those who have had the opportunity to try a Lambic can understand how wonderfully harmonious this at first glance strange combination of different flavours can be. 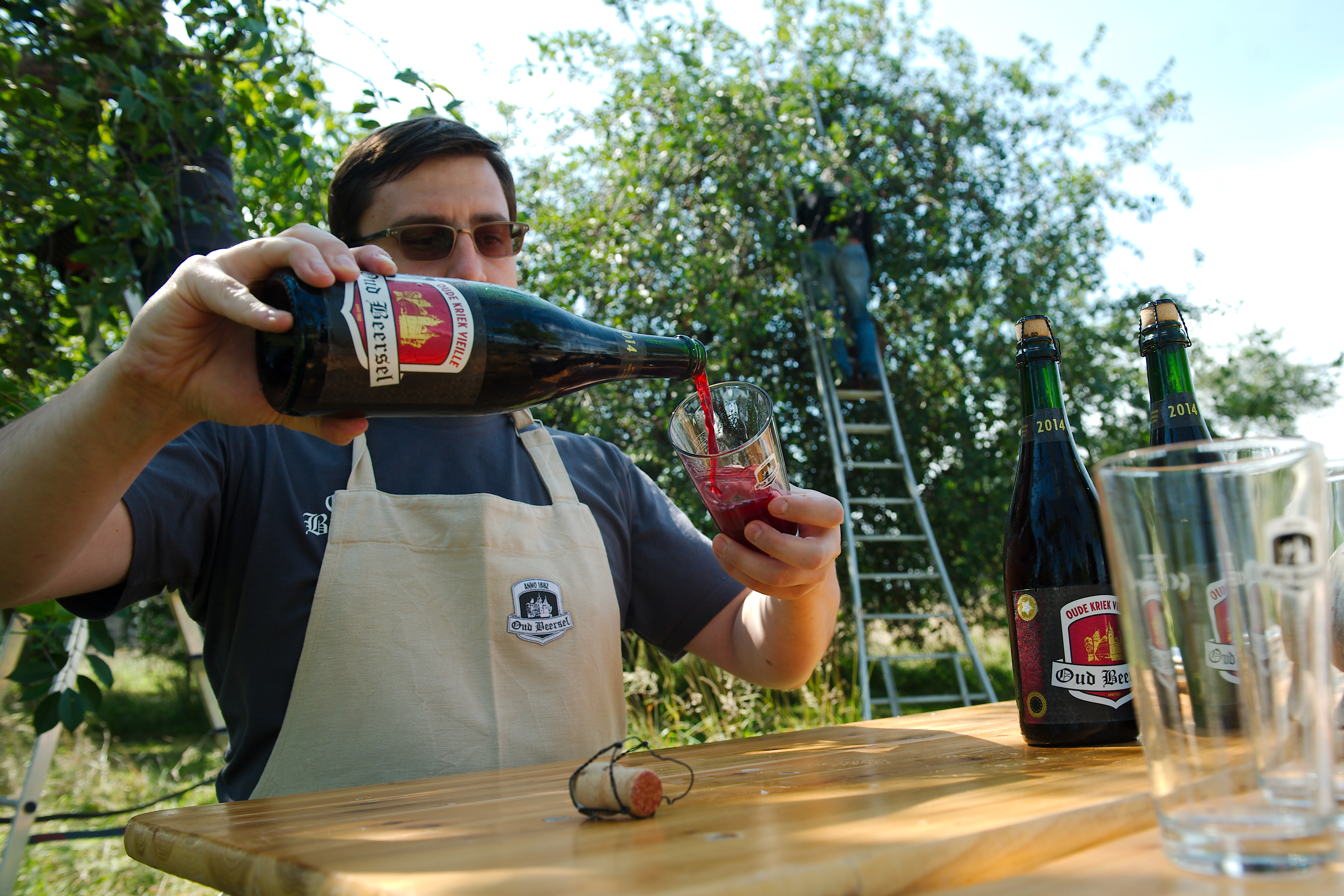 Mr. Henri Vandervelden was a person who knew a lot about Lambic. Otherwise it can hardly be explained why he decided in 1882 to open his own brewery in the tranquil town of Beersel. In the years before starting his own brewery Henri could gain first experiences with the Lambic production at the Brouwerij De Kroon. Shortly after starting is own Brewery Oud Beersel Vandervelden succeeded in establishing himself with his beers in the following years. At the beginning of the 20th century his son Egidius took over the reins and made a groundbreaking decision for Oud Beersel's future: in 1930 he brewed a sweetened version of a Kriek for the first time and bottled it. Over the next decades the brewery grew very slowly but steadily. Egidius died in 1953 at a relatively young age, so that his son Henri II had to take over the management of the brewery at an early age. He increased the capacity to 50 hectolitres and transforms the brewery into the first living Lambic museum in 1973. Oud Beersel was owned by the Vandervelden family until 1991, when the previous head of the Brewery Henri II retired.

As his son Hubert had no interest in taking over the family business, the brewery was sold but did not evolve much in the following years. The brewing had been outsourced to Brouwerij Boon at the beginning of the 2000s, who to this day takes over this part of the Lambic creation process for Oud Beersel.  In 2003 the new owner withdrew from Oud Beersel and it was again up to Henri II to set out and find a successor. Finally Gert Christiaens contacts Henri II and they quickly reach an agreement. Oud Beersel reopened in 2005 and because good Lambic also needs time, they also brew  a Tripel (Bersalis) parallel to spontaneously fermented beers. Gert's focus and passion is clearly Lambic, so in 2006 it was only logical for him to join the prestigious HORAL (Hoge Raad voor Ambachtelijke Lambic bieren - High Council for Traditional Lambic Beers). Together with his father Jos, who joined the team in 2007 and is mainly responsible for sales, he brought the brewery new fame. So after the Vandervelden family was able to make the brewery big more than 130 years ago, the Christiaens family can now try to bring Oud Beersel successfully into the new millennium.  One year after opening, the first fruit Lambics were ready and the first awards were quickly won. 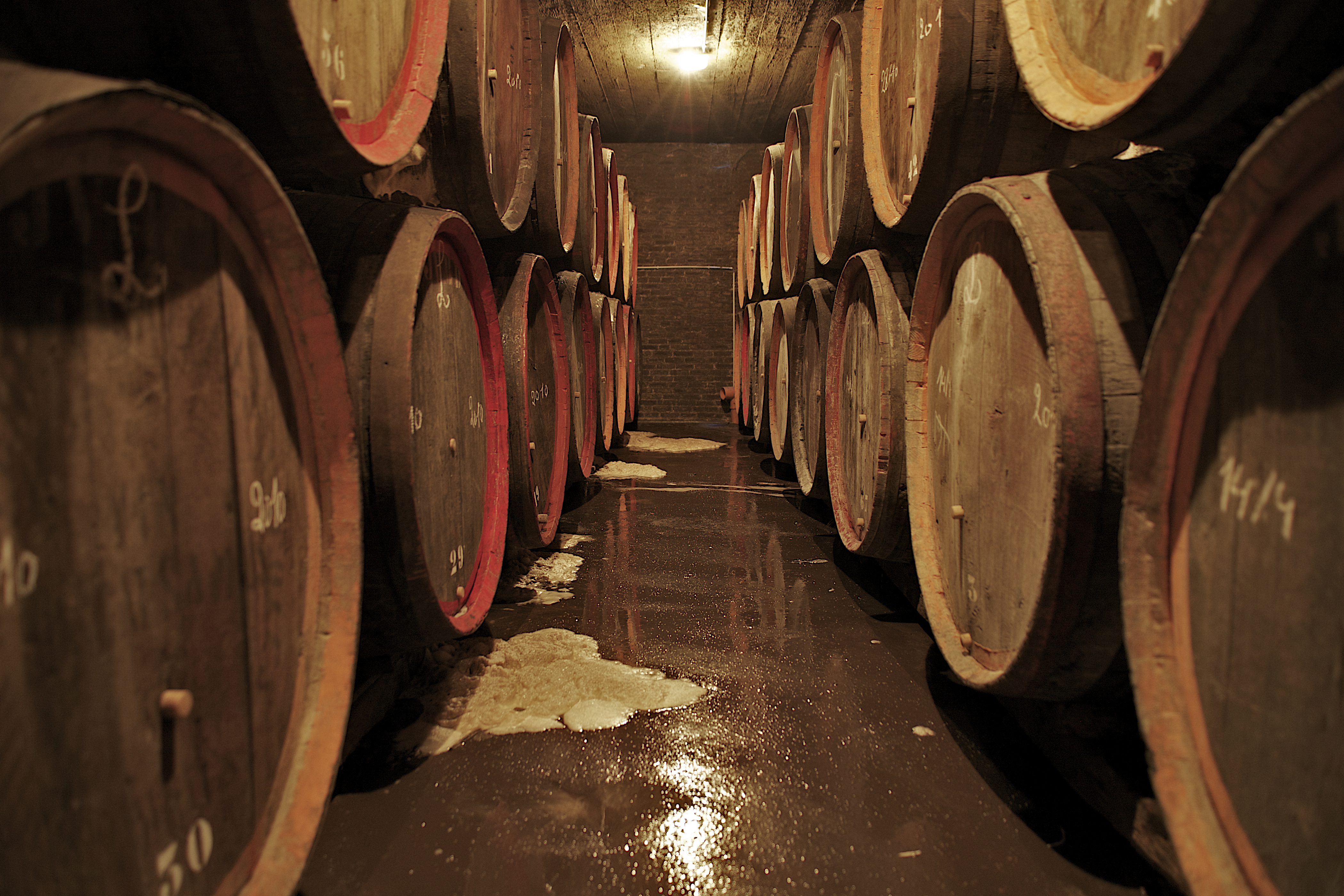 In the coming years, extensive investments will continue to be made in the capacity and equipment of the brewery. It is not unusual in the Lambic scene for the pure brewing process to be carried out at another brewery with a larger capacity. The trick is to store the barrels and to blend the different barrels. This is the only way that every Lambic receives the handwriting of his blender. Oud Beersel is characterized by particularly well-balanced Lambics, in which the acidity is somewhat reduced, especially in comparison to blenders such as De Cam. These subtle and pleasantly drinkable Lambics are also achieved through strict temperature regulation within the storage rooms - so the barrels mature in an environment of exactly 15 degrees Celsius. Besides traditional Lambics like a Geuze or a Kriek, the experimental beers of Oud Beersel stand out above all. Green Walnut, for example, is a blend of 1- and 2-year-old Lambic stored on fresh green walnuts. The Bzart Kriekenlambiek is the wedding of two glorious traditions: the "Méthode Traditionell" meets spontaneous fermentation.

These and many other beers are now available in our online shop and, of course, in our store in Hamburg.