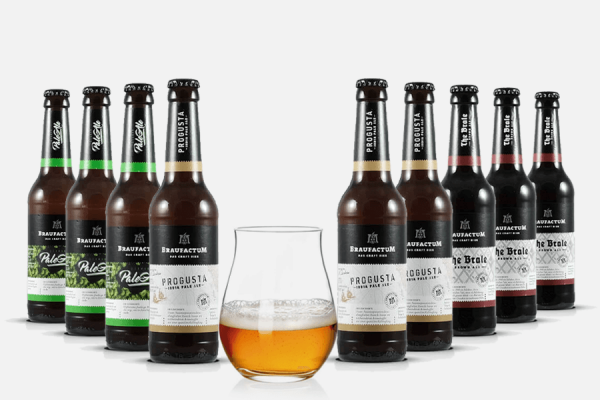 Get our Braufactum package and get 9 beers of the German Craft Beer pioneers at an special price. This package is an exclusive online offer and only available online.

Braufactum initiator Marc Rauschmann had a vision in 2009: to bring the craft beer boom from the USA to Germany and to revolutionize the market in this country with different beer styles. With the Radeberger Brewery Group behind him, Braufactum's first beers went on sale as early as September 2010. Since then, the team has launched various exciting beers.

In the first months before the first release, the team first went on a journey. Field research, so to speak. The experiences went directly into the recipes for the new beers. Braufactum established terms like "cold hopping" in the German-speaking world. They also did pioneering work in other fields: After production, their beers are cooled directly from the start, and delivery is also by refrigerated transport. And in the supermarkets the beers are then in the well-known Braufactum refrigerators - so we guarantee the freshness and quality of the beers.