It all started in 1995 in an old brewpub in Vancouver, Canada . The brewing equipment there was heated with steam pipes from the pioneering days - and they still are today. Steamworks... read more »
Close window
Steamworks - Canadian Craft Beer

It all started in 1995 in an old brewpub in Vancouver, Canada. The brewing equipment there was heated with steam pipes from the pioneering days - and they still are today. Steamworks Brewing was born.

Demand for Steamworks beers has grown steadily since the brewery's inception. After the brewpub alone could no longer provide the capacity needed, the new brewery in Burnaby opened in 2013. There is also a taproom there. 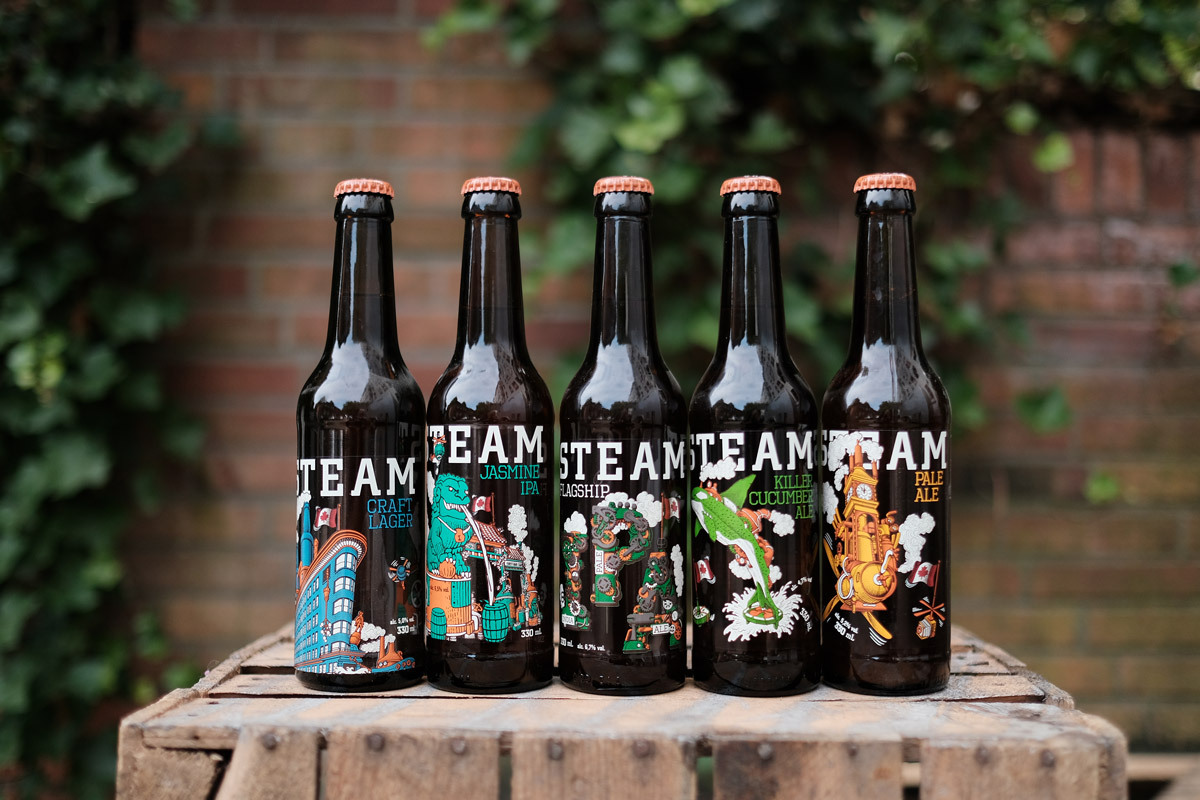 Steamworks serves the European market with beers brewed at the Craftzentrum in Berlin. In this way, well-known beers such as Killer Cucumber Ale, Jasmine IPA or Steamworks Pale Ale reach customers as fresh as possible. At the same time, the climate is protected in this way. The beers in Berlin are brewed strictly according to recipe and with constant consultation with the brewery in Canada to guarantee the highest quality.

WENIGER
Close filters
No results were found for the filter!