Alefarm Brewing - From pub quiz to the own brewery 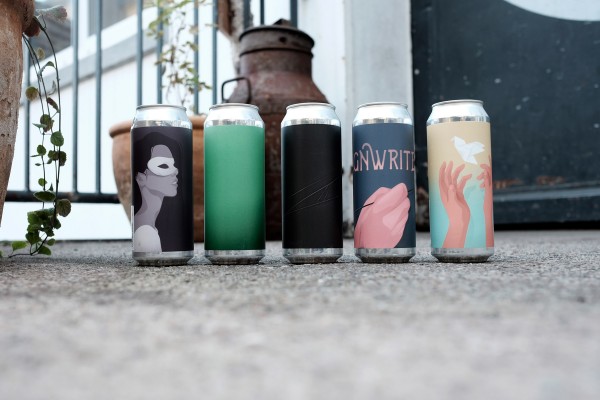 Alefarm Brewing from near Copenhagen could be the best thing that ever came out of a pub quiz in a Danish Craft Beer Bar. Anders Skytt Larsen, founder of the brewery Alefarm Brewing, first came into contact with Craft Beer when he could enjoy the Danish Craft Beer pioneers from Mikkeller in the Ørsted Ølbar - in the centre of Copenhagen. Immediately he was enthusiastic about the intensity of taste of these slightly different beers and knew that Craft Beer could change not only his life but the whole beer world.

Like many talented Craft Beer brewers before him, Anders began brewing his own beer at home as a homebrewer. But he confined himself only for a short time to enjoying these beers only among friends and decided to present his beers at various hobby brewer competitions, including the Mikkeller Bar. Already at this time there seemed to be more to come, because he won some of the competitions he took part in with his beers.

In 2015 Anders decided to found his own brewery "Alefarm Brewing". His goal was to brew excellent beers in classic Belgian beer styles, but inspired by US microbreweries. He used the possibilities of different Saccharomyces and Brettanomyces yeasts as well as lactic acid bacteria.

The first chosen location of the brewery, a little north of Copenhagen, was soon moved to the coastal town of Køge about 50km south of Copenhagen. In the following two years the brewery grew rapidly and became known beyond the borders of Denmark. The size of the brewhouse was unbelievable. Only 200 litres could be brewed per brewing process (approx. 6-8 hours). For all non-brewers: This is very little and quite the same as if you try to serve a football stadium with a couple of home brew equipments. So you can say that Alefarm Brewing definitely had to take the difficult and challenging path to come to light and it was definitely worth it.

Towards the end of 2017 the strong demand for Anders beers led to a massive increase in capacity and a new location was to be found. In short, the brewery moved 20km further back to Copenhagen in the town of Greve and could now serve a much higher demand and also the numerous export requests.

Looking at the beers from Alefarm today, the strong focus on Belgian farmhouse ales / seasons is still noticeable. Since 2018, however, a high proportion of IPAs have also been brewed. Today, Alefarm Brewing not only stands for first-class Farmhouse Ales but also for outstanding New England IPAs. In addition, the sour barrel ageing program started before the new brewing plant was launched was significantly expanded and expanded from 2018/19.