When it comes to Hazy IPAs in Europe, perhaps even worldwide, there's certainly no getting around Verdant. Because the English brewery has managed to become style-defining within just a few years.... read more »
Close window
Verdant Brewing from England

When it comes to Hazy IPAs in Europe, perhaps even worldwide, there's certainly no getting around Verdant. Because the English brewery has managed to become style-defining within just a few years. Beers packed with hop aromatics that are simply fun to drink!

From overseas container to brewery

In 2014, the starting signal for Project Verdant was given comparatively quietly. After all, the first beer that Verdant founders Adam and James brewed together was still produced on the stove of a kitchen. But the goal was clear even then: to brew beer that was far more hoppy than what was available in the local pubs.

Adam and James quickly decided to put their moneytogether and set up their first rudimentary brewery in an overseas container. Their output at the time was 200 liters, all in kegs. Verdant beers were initially only available in Cornwall and Bristol, whose lively craft beer and pub scene openly welcomed modern pale ales and IPAs with open arms.

In 2016, after a successful crowdfunding campaign, Verdant was not only able to get a 16-hectoliter brewing line up and running, but also to hire their longtime companion and technician Rich on a permanent basis and open a taproom at the brewery. 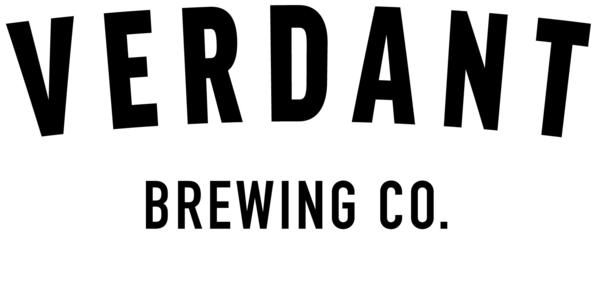 Their success is no coincidence - Verdant were not only in the right place at the right time, but also hit the zeitgeist with their beers, sparking a boom in the UK with their interpretation of New England-style beers. With Deya and Cloudwater, Verdant is considered one of the breweries that made Hazy beers big and paved the way for many new breweries like Track, Left Handed Giant and Northern Monk. The time in England was obviously ripe, because in addition to the many start-ups on the part of producers, bars, bottle stores and wholesalers opened all over the country.

Easy brews" not at all: This prejudice attached to Hazy beer styles hardly applies to any brewery in Great Britain, and certainly not to Verdant. Brewer James, for example, has put a year into improving water profiles alone - just to perfect the mouthfeel of Verdant beers. Another example: After Verdant had to recall a large quantity of cans that exploded due to a yeast infection, they did everything they could to make sure it would never happen again. The result is Verdant's clean house yeast, which gives the brewery's beers a distinctive flavor. Add to that the constant search for the best hops, the tastiest combinations - a never-ending task.

Verdant's team lives this attitude. It also means constantly trying new beers, including those from other top breweries, exchanging ideas, and staying networked within the scene. At the same time, the brewery does not close itself off to new paths. In the fall of 2020, for example, it bottled its first Imperial Stout. And lagers such as the fantastic NZ Pilsner - a Pilsner with New Zealand hops - are also always in the brewery's portfolio.

Quality pays off. To be able to produce larger volumes, Verdant closed their taproom at the brewery again. This made room for new tanks. And the steady growth soon pushed the brewery's limits a second time. So Verdant launched a second crowdfunding - unsurprisingly successful again - and invested it in a new, larger brewery. This comprises 35 hectoliters and has been in operation since the spring of 2020.

With their friends at Pressure Drop Brewing, Verdant will open The Experiment taproom in London in summer 2018. It is located in the Hackney district, more precisely in the premises of the old Pressure Drop brewery under railroad tracks. Since then, The Experiment has been the place to go if you want to drink new beers or classics from Verdant in London. At the same time, the taproom acts as a small store, not only for cans of Pressure Drop or Verdant, but also from friendly breweries and specials - unforgettable is the huge queue at an Other Half can release!

The English county of Cornwall, located at the southwestern tip of England, has been marked by unemployment and rural exodus since the decline of the fishing industry and mining. Cornwall is one of the poorest regions in the country, and the most important source of income today is tourism. Verdants are involved in the region not only as a growing employer, working with as many local businesses as possible, but also as a platform for regional artists. The best example of this is the "Cornish Creatives" beer series, in which the work of a wide variety of Cornish artists is depicted on the cans.

Another declaration of love of a different kind to the brewery's home region is Verdant Seafood Bar, which opens in February 2019. Here, the focus is on ingredients that are typical of Cornwall. And that's primarily fish and seafood. These are - like Verdant's beers - interpreted and presented in a modern and clear way. After all, Falmouth lies directly on the sea and is still a fishing port. Today, the Seafood Bar is one of the top 15 restaurants in all of Cornwall. Of course, Verdant's freshest beers are also on tap there - gladly in perfect combination with a portion of fish tacos or mackerel glazed with BBQ sauce!

Verdant Under The Same Sky