The Estonian brewery Põhjala ("Nordic territory") has been inseparably linked with heavy, dark beer styles since its foundation in 2011. Its first commercial beer, the Imperial Baltic Porter Öö ("Night") is still a central part of its product range today. Põhjala's beer creations are deeply rooted in the tradition and culture of Estonia.

After Põhjala spent the first three years as a gypsy brewer and brewed their beers at contracted breweries, their first brewery on the south-western edge of the Estonian capital Tallinn was completed and put into operation in spring 2014. Over the next few years, not only their output grew steadily (in two and a half years, four times the amount of beer was brewed), but also their variety. In 2015, the "Speakeasy" bar, located directly next to the train station, opened in the Kalamaja district near the city center. For more than four years, it was one of the main places to go if you wanted to drink Põhjala's beer in Estonia's capital.

At the end of 2018, a lot will change in the world of Põhjala. The move to the new brewery is imminent. This is accompanied by the closure of the "Speakeasy" bar and the old brewery in the Nõmme district. The new brewery is located in the Noblessner district, closer to the city center and directly at the Baltic Sea. The brewery now houses the whole Põhjala cosmos: brewing plant, barrel room, bottling, taproom with restaurant, a merchandise store, the easy bar in the basement and even a sauna which can be rented as a visitor. The Taproom, located on the second floor, has 24 Taps and a sun terrace. Besides beer of course, Texas BBQ is served there.

Põhjala's deep connection with her home country Estonia is particularly evident in her beer creations. Here the "Forest Series" stands out. In the recipes of the beers of this series special ingredients from the Estonian flora and fauna, from the Estonian forests find wounding. The result is extraordinary beers whose special ingredients shape their taste. Over the years, birch syrup, porcini mushrooms, juniper wood, juniper berries, cranberries or spruce tips have found their way into different beers. 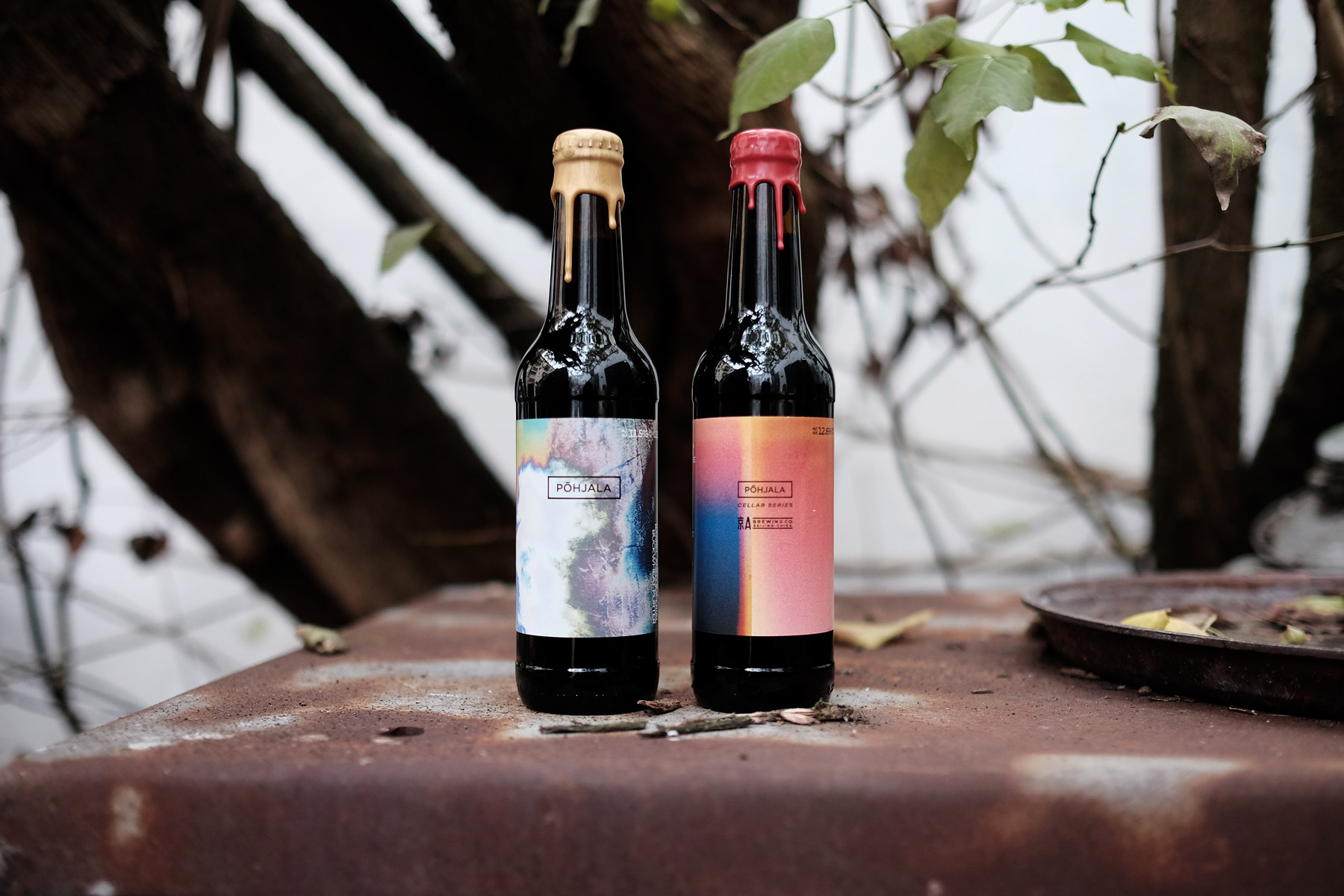 In addition, barrel aged beers are one of the flagships of Põhjala's portfolio. Imperial Stout, Imperial Porter, Barleywine, Ryewine, Gruit, Brown Ale or Scotch Ale: There are no limits to the styles of beer that can be aged in barrels. In their series "Cellar Series" you will find old classics as well as the latest releases. These beers are perfect for maturing in the cellar for a few years. But freshly bottled they are something very special.
Põhjala's core range also includes beers for any other occasion. Whether a bottom-fermented, easily drinkable Pilsner, fruity India Pale Ales or roasted aromatic and creamy Porter. But also refreshing sour beers such as a Berliner Weiße or a Gose can be found again and again in the brewery's program, often again with Estonian ingredients, especially fruits like raspberries or white currants characterize these beers. And Põhjala also has beers without alcohol in its assortment: Tundra is a non-alcoholic IPA, brewed with spruce tops. Here too Põhjala remains true to its local approach.

From Estonia to the world - and back!

The list of breweries with which Põhjala has brewed beers is long and includes big names like De Struise, Stigbergets, Jester King, Other Half, Jing-A or To Øl. Many beers have been created at festivals all over the world, because Põhjala's beers have travelled and networked around the world. But some beers have also originated in Tallinn, in the context of its own beer festival, the Tallinn Craft Beer Festival. Having grown steadily since 2015, TCBW is now one of the best beer festivals in Europe. Once a year, Põhjala brings together not only the hottest international breweries but also the Estonian craft beer scene.