More IPA is almost impossible. The Double IPA - also called Imperial IPA. This variant of India Pale Ale surprises with even more bitterness, more hop aroma and a higher alcohol content. Everything leads to an even more intense taste experience.

Like its little brother, the IPA, a Double IPA focuses on the hops. The idea of this beer style, which is not historically documented, but is a modern invention of the craft beer scene from the USA, is to make the full aroma appear even more blatant. Alcohol is one of the most important flavour carriers in beer. The more alcohol, the more flavour can be bound and developed. If even more aroma hops - preferably from the USA or New Zealand - are then used in dry-hopping, a true explosion of flavour is created. Double IPAs often vary between 7% and 9% alcohol. Powerful, but magnificent!

As with most IPAs beer styles, the Double IPA, or as the Beernerds call it, "DIPA", has many sub-categories. The classic beer par excellence is the normal Double IPA, which originated in the west of North America. The aroma is citrus and resinous. With variants that tend towards mango, papaya or pineapple. The bitterness is very pronounced and the slightly sweet and biscuit malt body with fine caramel notes forms a contrast. A small classic, but brewed in Scandinavia and not in the USA, is the Nebuchadnezzar of Omnipollo. One of the breweries that brew great West Coast style DIPAs is without doubts Sierra Nevada.

Even more intense in smell is the DDH DIPA, or double-dry-hopped Double IPA. In this variant, aroma hops are added after brewing either in the fermentation tank or even in the lagering vessels at two different times - and removed again later. At the cool temperatures in the vessels, the components of the hop cone that are important for the aroma, the lupulins (a yellow pollen-like powder), transfer the aromas even better than at high or hot temperatures. The bitterness is present, but not as extreme as with normal DIPA.

One of the latest versions is the Double New England IPA, or Double NEIPA. Here too, hops are added preferentially - almost exclusively - at cold temperatures. The aroma ranges from citrus to tropical fruit. However, the mouthfeel is a big difference with this version. It is soft, velvety and the bitterness is hardly noticeable. Oats and a little wheat malt are used to create a fine, creamy and juicy consistency with the proteins contained. Even if the alcohol content is in the same range as the variants, you will not taste it. Dangerous, because the beer style is insanely palatable and drinkable. Most of the younger breweries and also customers prefer this version of the Double IPA. In Germany it is especially Sudden Death, BrewHeart or Blech.Brut / Atelier der Braukünste that brews this style. 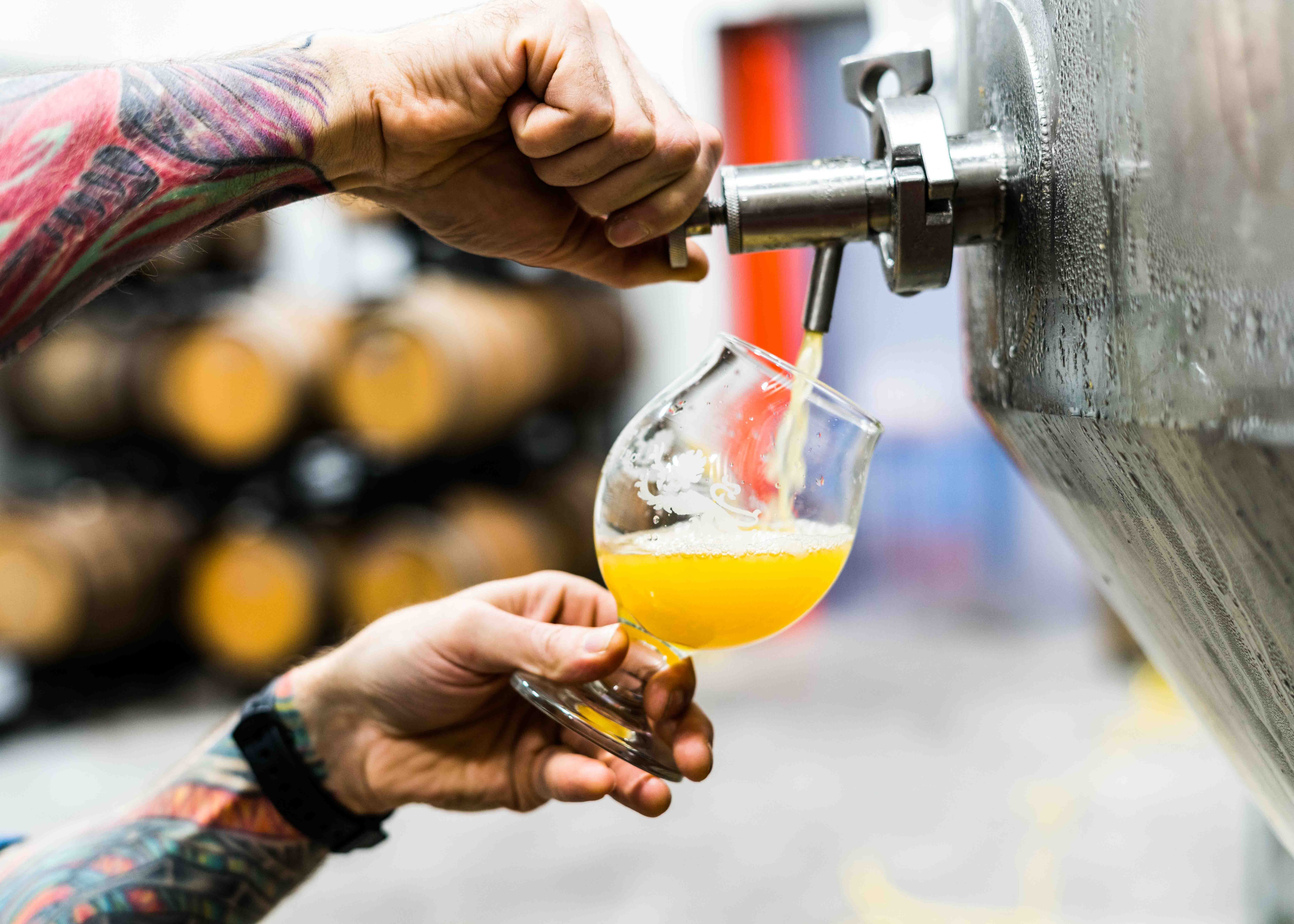 Salikatt Snug as a Bug in a Rug

Liquid Story ...What A Question?