Stigbergets Brewery is currently the big new star in the craft beer sky. On ratebeer the guys from Sweden have made it to 8th place worldwide with one of their IPAs, after 7 American... read more »
Close window
Stigbergets from Gothenburg

Stigbergets Brewery is currently the big new star in the craft beer sky. On ratebeer the guys from Sweden have made it to 8th place worldwide with one of their IPAs, after 7 American breweries before them they are the first European representation in the whole ranking! The Amazing Haze, a New-England IPA in a class of its own and also from the golden hands of the Swedes, was once ranked 24th worldwide. In addition to the Swedish brewery Omnipollo, we are proud to have the assortment of another top-class Swedish brewery on board.

From the far north, on a high level

The Stigbergets brewery from Gothenburg was founded in 2015 and just a short time later the Swedes were considered one of the shooting stars in the European brewing scene. For one beer in particular brought Stigbergets fame and honor: Amazing Haze.

At that time there were already many good IPAs and other beers in Europe, but the IPAs were, especially in the Scandinavian region, dry, clear, brewed with little cara-malt and quite bitter. But at that time a new beer style appeared in the Northeastern USA, which the craft beer community celebrated: the New England IPA. Characteristic for this beer is its relatively low bitterness, its soft, creamy malt body, the cloudy appearance and especially the fullness and drinkability with the extremely intense hop aromas that were able to enter the beer through special processes.

Stigbergets have also brewed this novel beer style in their Amazing Haze. And they were the first brewery in Europe to do so. They brought the New England IPA, or NEIPA for short, here. And the style hit the scene like a bomb. Nowadays hardly any other IPAs are brewed anymore. Everything is hazy, juicy and thanks.

The Amazing Haze was not over yet

But that is not all. The Amazing Haze gave the Swedes a certain international fame, but after the Fame you first have to prove to yourself that it was not a One Hit Wonder Beer. And this is exactly what Stigbergets have successfully mastered. Time and again they brew a beer that amazes the Craft Beer community and makes them jump for joy. Without a doubt they can be called the kings of IPA and NEIPA on the European mainland. There is little better.

But that they are not only capable of hoppy Craft Beer is therefore almost clear. Especially lately Stigbergets, very trendy, brew more and more pilsner and other lagers. But also stouts are at the top of their program.

Anyone who has ever drunk a Stigbergets beer will always see their beers as a benchmark in Europe and will always be happy to have supplies from Sweden. 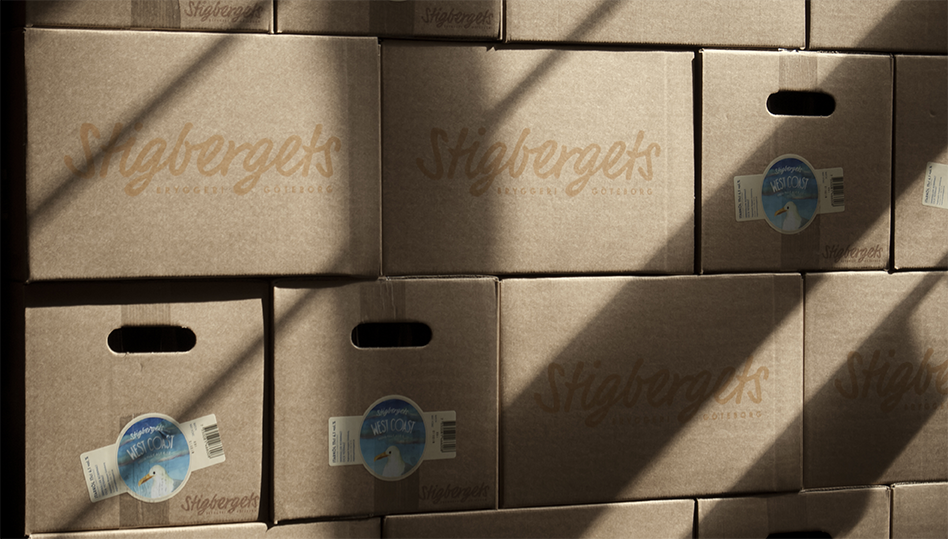