Other Half from New York

One of the biggest hype breweries in the world - now also available in Germany at Beyond Beer! In the year 2014 it started. 3 friends from New York founded the brewery Other Half with the... read more »
Close window
Other Half from New York

One of the biggest hype breweries in the world - now also available in Germany at Beyond Beer!

In the year 2014 it started. 3 friends from New York founded the brewery Other Half with the intention to brew great craft beer for the city of New York. To be honest, there weren't many Craft Beer breweries back then. And the ones that did exist were only moderately popular and recognized in the scene.

But that changed abruptly. Within a very short time, the guys from the other half hit like a bomb and caused quite a stir. The hoppy, soft, wonderfully harmonious IPAs were something completely new in the scene and heralded a new era in the USA Craft Beer scene - and in the city of New York as well. Many other highly regarded breweries followed, such as Finback, Barrier, KCBC or Interboro.

In the meantime, Other Half beers are not only available at two locations in Brooklyn, but also in Bloomfield and even in the capital, Washington. Other Half also regularly hosts beer festivals that focus exclusively on hop beers (Green City) or on stouts and dark, strong beers (Pastrytown).

Despite all this, it is very difficult for any Beer Nerd to access the highly decorated beer creations of New Yorkers. Even on site at the brewery, the beers are issued in limited quantities and queues regularly form, stretching over several blocks. For non-New Yorkers it is almost impossible to get hold of Craft Beer from Other Half. The ratings at Untappd also contribute significantly to this hype. Not infrequently, the IPAs of the three Friends achieve ratings beyond 4.4, but the Stouts and Sours also rank among the highly praised beers. 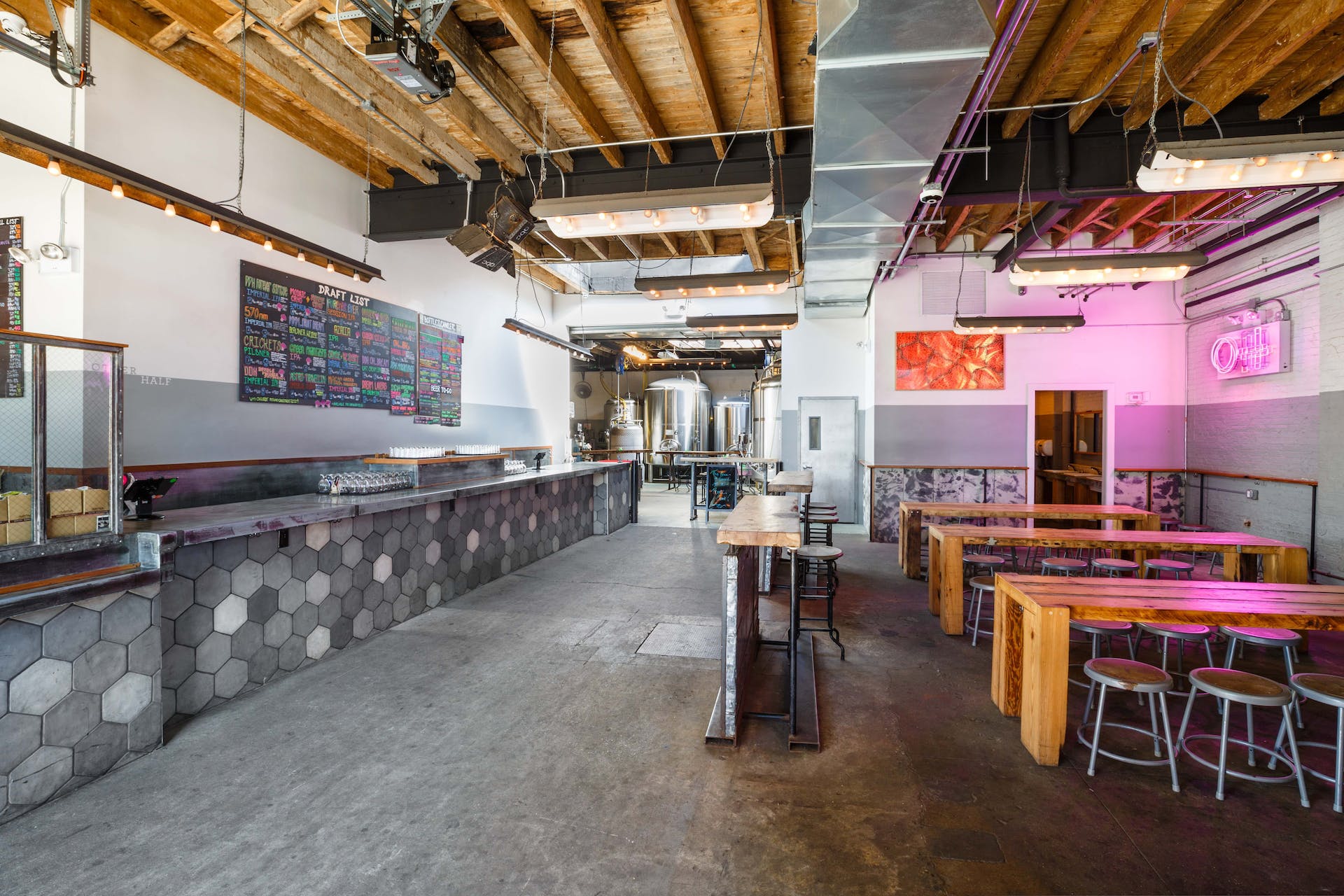 WENIGER
Close filters
No results were found for the filter!