What is a Berliner Weisse?

Classically, a Berliner Weisse is brewed from barley and wheat malt, which is fermented with a top-fermenting yeast and lactic acid bacteria. Crucial to the characteristic taste of this beer is bottle fermentation with Brettanomyces yeasts, but this is no longer done by many breweries. These wild Belgian yeasts give Berliner Weisse its complex and, in combination with the lactic acid bacteria, slightly sour taste. Berliner Weisse are pleasantly light and refreshing, their alcohol content ranges from 3.5% to 5%. Characteristic are aromas of green apples and citrus fruits, as well as floral notes, acidity and a slightly bready finish.

Origin and history of Berliner Weisse

Berliner Weisse probably originated as early as the 17th century. It quickly became the most popular beer in Berlin, and Napoleon referred to Berliner Weissbier as the "Champagne of the North." It was very rich in carbonic acid and brewed with a (very) high proportion of wheat malt. Berliner Weisse, as we know it today, was developed starting in the late 19th century. In the 20th century, the variety of weisse breweries in Berlin steadily decreased; moreover, it was mainly offered as a mixed drink with raspberry or woodruff syrup.

Berliner Weisse in the present

Many Berlin microbreweries have revived Berliner Weisse in a wide variety of forms. First and foremost is Ulrike Genz with her Schneeeule brewery. With her Weisse, she is on the trail of the original taste of this style - for this she uses yeasts that come from up to 50-year-old Berliner Weisse bottles! In addition, breweries such as BRLO from Berlin or Kemker Kultuur from Münsterland are reviving this old style. But this beer style also enjoys great popularity internationally.

Imperial Berliner Weisse, i.e. stronger brewed beers with up to 10% alcohol, are also quite common. The beer style is also very well suited for combination with tropical fruits, cherries or berries. These beers are characterized by intense fruity aromas and perfectly complement the sour base beer. A Berliner Weisse is particularly refreshing in summer.

When it comes to food pairing, Berliner Weisse is incredibly flexible. As a companion to vegetable-heavy dishes, to pickles, to light salads, to heartier dishes such as tacos, fish and chips, or to a fruity curry - the beer perfectly complements many different flavors. And Mikkeller's Hallo ich bin Raspberry Berliner is actually suitable as a stand-alone dessert. Or try it with a scoop of ice cream! 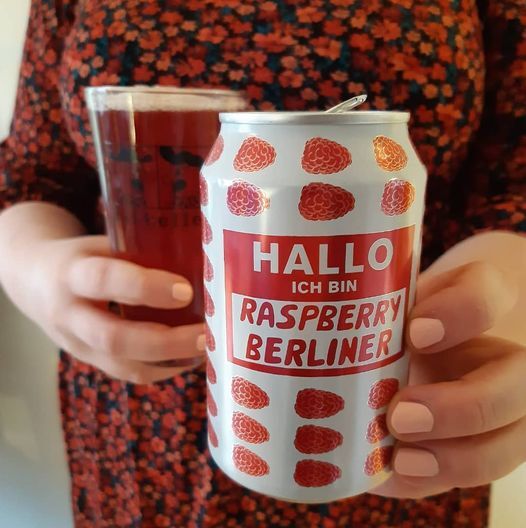 Refresh yourself now with Berliner Weisse!

In our online store, in addition to the various creations of Schneeeule, we also have Berliner Weisse from international breweries. Whether with fruit or completely straightforward: There is something for every taste!