3 Fonteinen (Drie Fonteinen) is a lambic brewery and blendery from Beersel in Belgium. It is probably one of the best-known breweries in Belgium when it comes to spontaneously fermented... read more »
Close window
3 Fonteinen | Lambic & Geuze

3 Fonteinen (Drie Fonteinen) is a lambic brewery and blendery from Beersel in Belgium. It is probably one of the best-known breweries in Belgium when it comes to spontaneously fermented beers - perhaps even the best-known. Their beers are unquestionably absolute classics and ideal examples in terms of lambic and geuze. The blends - every single beer is aged in wooden barrels - of 3 Fonteinen, with or without fruit, are exceptional taste experiences that you should have tried!

In every single bottle with the iconic white 3 printed on it, there are references to a centuries-old history. Because for Armand Debelder, son of 3 Fonteinen founder Gaston Debelder and long-time owner of the brewery, taste is also an important part of a cultural tradition. And the lambic culture is deeply rooted in Pajottenland, southwest of Brussels, the brewery's home. 3 Fonteinen is therefore hard to think of without this cultural background.

Lambic was also brewed in Beersel long before the brewery was founded in the middle of the 20th century. Therefore, its history can also be traced further back into the past. Because the tradition of beer cafés and is of course older. Nevertheless, an important starting point in the 3 Fonteinen history can be clearly identified.

1883: Jacobus Vanderlinden and his wife Joanna Brillens open a beer café and brewery in the village of Beersel, blending various spontaneously fermented beers. This lays the foundation for the later 3 Fonteinen brewery.

The building remains in the possession of the Vanderlinden family until it is sold to Gaston Debelder in the early 1950s, who are known throughout the region for their high-quality Lambic blends.

1953: Gaston Debelder and his wife Raymonde buy the building and christen it "3 Fonteinen". The name refers to the three hand pumps used to tap the three types of beer available: Lambic, Faro and Kriek.

Incidentally, although none of 3 Fonteinen's beer is available in kegs today, it was primarily sold as draught beer back then. The beer was filled into small wooden barrels and had to be consumed within 14 days. Bottling, on the other hand, was completely uncommon.

Over time, however, Gaston was persuaded to bottle his beers. And despite all his doubts, he is very satisfied with the results. His customers seem to feel the same way, because in the 1960s and 1970s, the café gained immense popularity. 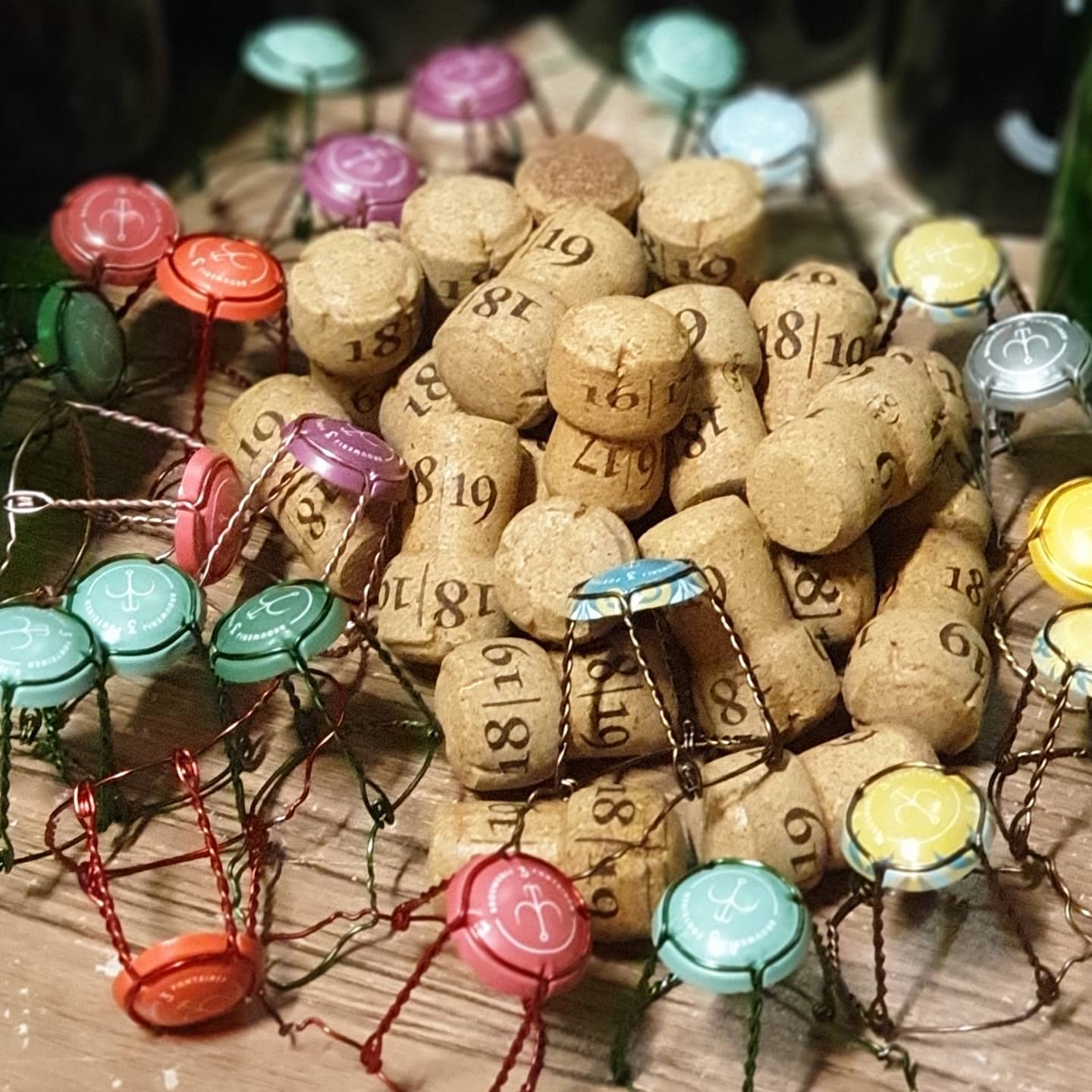 Armand takes over the fate of the brewery

1982: Gaston Debelder hands over the company to his sons Armand and Guido. While Guido will take care of the café, Armand will become the new face of 3 Fonteinen as Master Blender (and later as brewer).

Lambic finds itself in an existential crisis in the following years - not only for the breweries, but for the traditional beer style itself. The number of breweries that brew Lambic themselves drops drastically - in the end, only three are left: Boon, Girardin and Lindemans. Many blenders also close or try to save themselves with sweetened lambic.

3 Fonteinen survive this development relatively unscathed, not least because of their café and restaurant. And Armand does not accept compromises like sweetened lambic.

1998: On 16 December 1998, 3 Fonteinen brew their first own lambic. In view of the decreasing availability of lambic on the market, this is only logical. 3 Fonteinen thus gain not only independence, but also security for their production.

Since the turn of the millennium, lambic has been experiencing a revival, not only in Belgium but also internationally. Since then, 3 Fonteinen has exported a certain percentage of its traditional Flemish beers abroad. But a large part of the production remains in Belgium and is destined for the local market. Because, according to Armand Debelder, this is the most important market for his beers. Not least since they have been discovered by top gastronomy, where the beers can show their strengths in terms of food pairing.

2009: On 16 May, the 3 Fonteinen world comes to a standstill. When Armand goes to check the warehouse in the morning, he is hit by a heat wave. The thermostat, which is supposed to keep the premises at a maximum of 18° Celsius, was defective. The result: the system heated the warehouse to 60-70° Celsius for over two days. 13,00 bottles exploded, another 67,000 were ruined. 3 fonteins lose a year's production.

The heavy financial loss brings the brewery to the brink of ruin. But the brewery was saved by the sale of some special undamaged blends and the help of other breweries - Boon, for example, granted Armand an indefinite deferment of payment - as well as suppliers and the 3 Fonteinen family. Even more: after this fiasco, it is stronger than ever!

On a sustainable expansion course

2012: A new 40 Hl brewing plant is inaugurated. The brewery expands. In the following years, 3 Fonteinen buys a plot of land in Lot, near Beersel. There, premises are built for the countless barrels in which the lambic matures, for bottling and storing the bottles.

2016: On 1 September, the lambic O-droom is opened. It is also located in the new premises in Lot and is a tasting room with a restaurant and a shop. It is the new contact point for all visitors to the brewery!

2019: 3 Fonteinen will continue to grow sustainably. More buildings, including a second brewery, will be built in Lot at a cost of approximately 25 million euros. The new generation within the brewery management - Armand gave up his shares completely in 2019, but is of course still closely connected to the brewery - seems to be well prepared for the future. Their beers certainly are.

In March 2022, Armand Debelder died at the age of 70. Armand had no children. But his two long-time employees and "sons I never had" Michaël Blancquaert and Werner Van Obberghen have already taken over the management of 3 Fonteinen and will accompany the company and the brewery into the future. 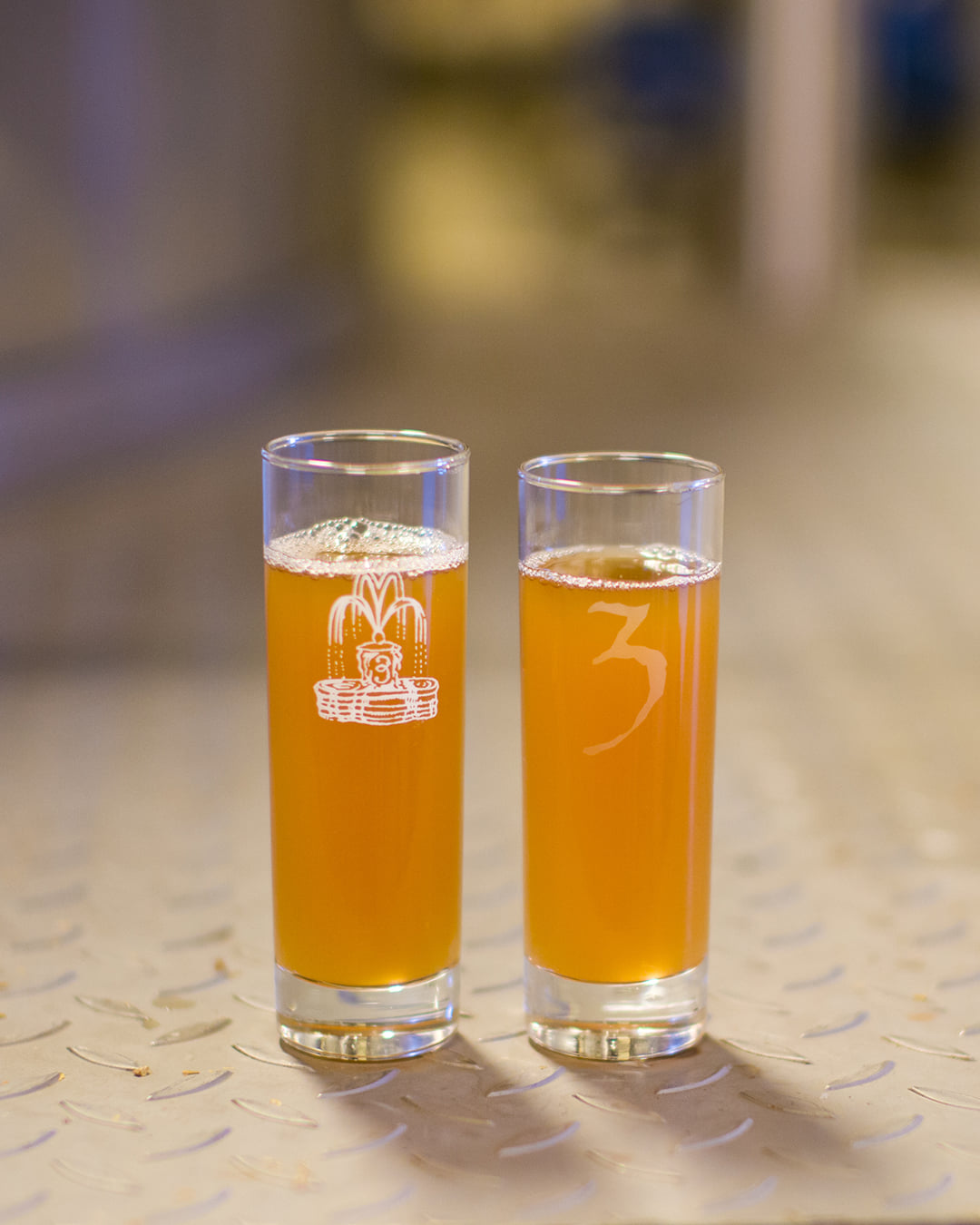 Here is an overview of the most important series. Within the series, a distinction is also made between vintages and blends in order to be able to clearly identify the beers:

Oude Geuze: The oldest beer in the brewery's portfolio. On offer since at least 1956.
Oude Geuze Cuvée Armand & Gaston: The lambic for these blends comes exclusively from 3 Fonteinen themselves. The first batch of Armand & Gaston will be launched in June 2016.
Oude Kriek: Bottled since the mid-1990s, but was also available in the times before and is a central part of the range.
Zenne y Frontera: For these beers, the focus of the blends is on barrel ageing. The lambics for the range are aged exclusively in Pedro Ximenez and Oloroso Sherry casks.
Speling van het Lot: Experimental range whose beers are actually only available locally in Lot. Many fruit blends such as "Aardbei / Kriek", "Druif - Dornfelder" or "Perzik Wit" have their origins in this series.
Time: The most important factor in production
Armand likes to use expressions from the Flemish dialect to describe his beers - just as he learned from his father Gaston. This is because the Flemish origin and the history of his beers, which connects him to the region, is formative for Armand. But the terroir also shapes the beers of 3 Fonteinen in another way. Because most of the ingredients used for the beer come from the Pajottenland: 100% of the grain (90% of which is even organically produced), many fruits like the Schaarbekse Krieken, raspberries or strawberries, also a large amount of the hops. And the honey used for their beers comes from the brewery's own bee colonies.

But more important than all the ingredients, according to Armand Debelder, is time. Lambics need time to mature, to develop. In barrel and bottle. They are alive and constantly changing. So as a blender, you have to have patience above all, but also feeling and experience. The results of these processes are all fantastic beers with incredible character. Every bottle contains unconditional dedication and passion for the product. And: the culture of an entire region. 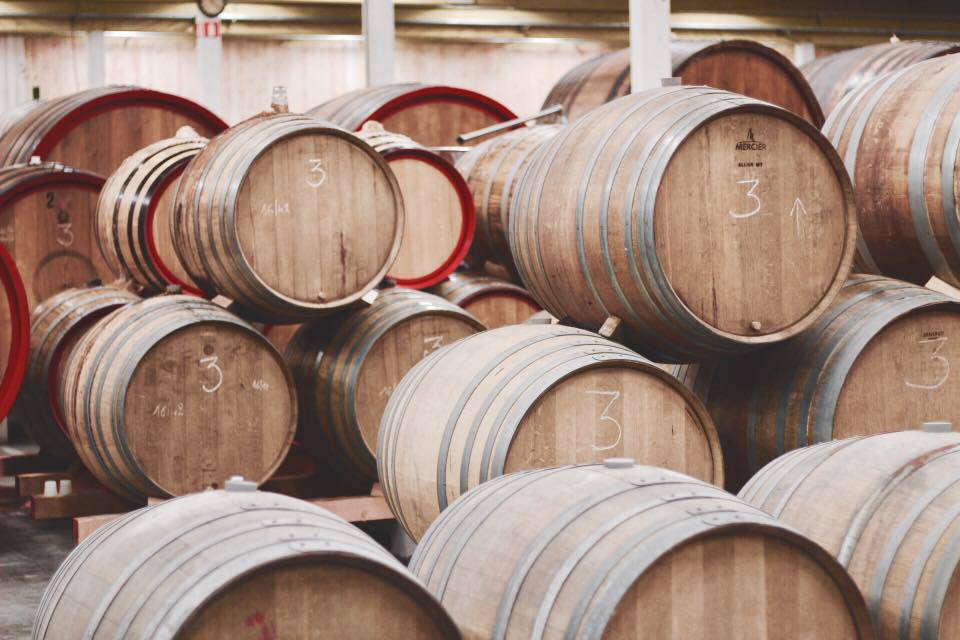