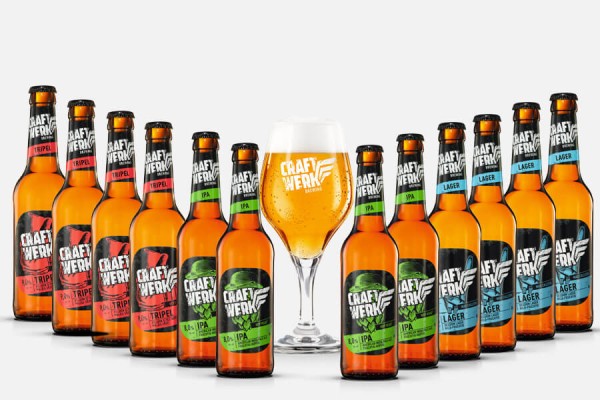 ABC Secure bonuspoints now
Description
Craft Beer Package: Craftwerk - 12 Beers + Glass Get them all: with this package, you'll get a... more
Close menu

Get them all: with this package, you'll get a great selection of beers from Craftwerk Brewery to take home at a package price. Included are 12 beers (4 each of Mad Callista, Holy Cowl, Hop Head⁷). On top of that, each package also comes with 1 Craftwerk glass. This bundle is an exclusive online offer and only available online.

Craftwerk Brewing was founded in 2013 as the craft beer division of Bitburger Privatbrauerei. Back in the early 90s, Dr. Axel Simon (6th generation of entrepreneurs) built an independent brewery as an internal research and development center, and a good two decades later Craftwerk was born from this idea. Since then, mainly international beer styles such as Pale Ale, IPA or Tripel have been interpreted here in a modern way.